This homeowner originally contacted us about two leaking skylights. Upon initial roof inspection it was noted that the plywood was lifting around the skylights, indicating further damage to the roof. It was decided to do a full roof replacement as well as replace the two existing skylights. New interior trim was installed on both skylights. The homeowner chose an upgraded Midnight Blush GAF American Harvest Shingle which is algae resistant and has a stain guard. We love the look of this new roof! 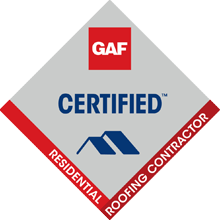 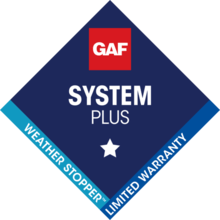